Paul’s Story Trigonometry is a useful way of visualising the central conflict in a story. By using such a model, you can gain critical insight into your story: Have you identified the central conflict? Do you understand the main characters’ desires and resulting actions? Do these opposing courses of action collide (climax)? And is the story resolution integral to the conflict (not incidental)? 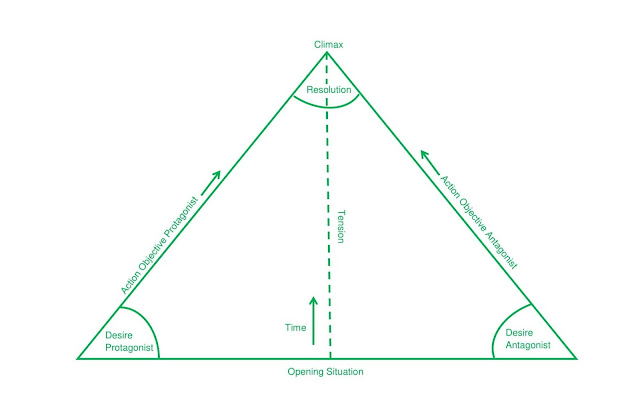 Desire: Three human desires: to have, to become, to be freed from.

Action objective: the action the character takes to try and satisfy their desire.

Resolution: The result of these two opposing desires and action objectives.

First published by Harper Collins Children’s Books in 2005, Lost and Found is a delightful illustrated book by Oliver Jeffers. From the book’s back cover: “Once there was a boy and one day he found a penguin at his door…”

Here is the story model: 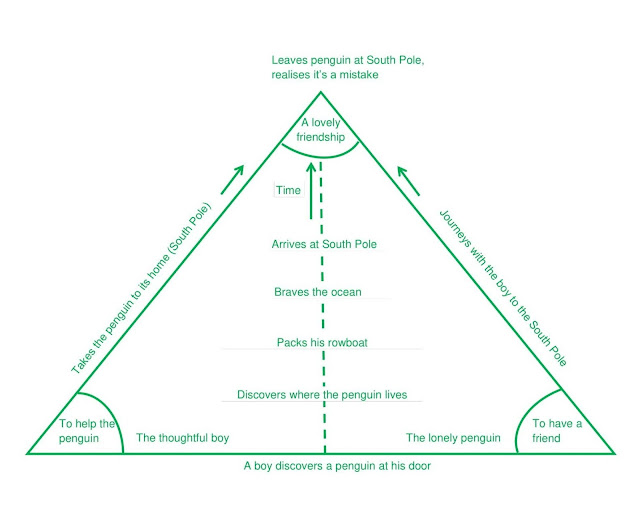 As seen from the model above, the conflict in this story comes about through a humorous misunderstanding; and the climax is a revelation for the boy (who is a little lonely too). See also how the resolution is integral to the story: loneliness is resolved for both the boy and penguin, and a beautiful friendship blossoms. 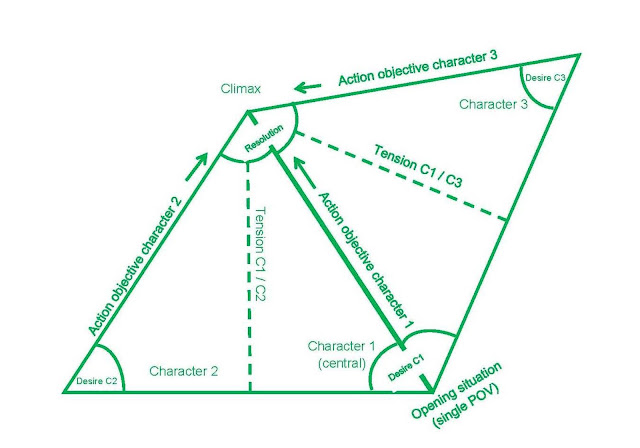 The above model shows a central character with two other main characters.

A much-loved story by Roald Dahl, Matilda was first published in 1988. With such memorable characters as Matilda Wormwood, Miss Trunchbull, and Miss Honey (to name a few), Matilda is bound to be enjoyed by readers for generations to come. Here’s a model based on three main characters: 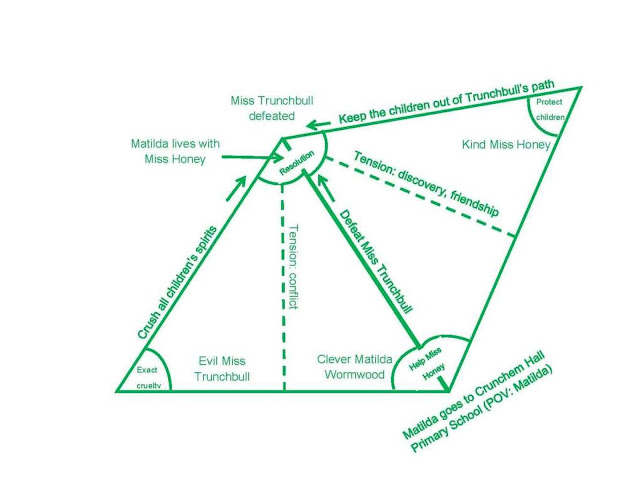 From the above example, the relationship between the main characters, their desires and “action objectives” are clear. The story tension arises (in part) through conflict (Matilda / Trunchbull) and the mystery behind Miss Honey and the unfolding friendship (Matilda / Miss Honey). The model could be expanded to include other characters such as Matilda’s parents.

By sketching out the central story conflict early in your writing, you can readily discover or gain a strong sense of the story outcome. You may not know the details of this outcome (How exactly does Matilda and Miss Honey defeat Miss Trunchbull?), but with the general outcome in mind (Miss Trunchbull is defeated, Matilda lives with Miss Honey), you can write towards it, enjoying all the discoveries along the way.

Paul Malone is an Australian writer living in Austria. His short stories have appeared in leading children’s literary publications, including The School Magazine (Australia) and Scoop Magazine (UK). When not writing his own stories, he runs the occasional writing workshop in Vienna. He also loves meeting other SCBWI members! More about Paul here: