The morning of the last day of the conference opened with inspiration announcing awards and grants.
Sarah Baker announced the two Student Illustrator Scholarship winners (http://www.scbwi.org/awards/grants/student-illustrator-scholarship/) were Aura Lewis and Mago Huang.

Cecilia Young presented the awards for the portfolio showcase (http://www.scbwi.org/2017winterportfolioawards/). Honor award winners receive a phone call with an art director and a critique of their portfolios. The Grand Prize winner receives a trip to a New York and a meeting with three art directors. The three honor awards were presented to Victoria Tentler-Krylov, Luke Flowers and Heidi Woodward Sheffield and the Grand Prize winner was Melissa Crowton.


Jane Yolen spoke about the struggles of midlist authors and their important work. And how changes in publishing such as publishers merging, closing or editors moving present challenges to careers. This motivated her to create the Jane Yolen Midlist Author Grant. The honor award winners were Joan Donaldson and Deborah Trotter. Jane went on to say that the grant was so much more than simply a grant, it was encouragement, a recognition of the quality of the work and belief from all of SCBWI to the authors to keep writing. Then she announced the winner: Jan Peck who was present to receive her award.

Tomie dePaola announced that this would be a final award for his namesake award. (Though SCBWI will honor his legacy with the Narrative-art-award for illustrators each year. https://www.scbwi.org/scbwi-announces-the-narrative-art-award/) He spoke with such affection for all of the illustrators (and illustrations) that he announced this year. And the winners are: Special Mention Lisa Cinelli, Second Runner-Up Rebecca Hirsch, First Runner-Up Stephen Macquignon, First Place Winner Katya Tabakh.

Ken Geist spoke about his focus on picture books for ages 0 – 7 at his publishing house while Eileen Kreit shared that their backlist is her front list. The Young Readers Group at Puffin/Penguin republishes hardcovers into paperback everything from picture books to new adult. Both agents, Edward Necarlsulmer IV and Carrie Howland discussed helping their authors’ careers grow and seeking out new clients. Carrie Howland told us she’s found clients through twitter, blogs and Instagram. Andrew Harwell mentioned the importance of books as a tool for empathy.

My final break out session at this SCBWI conference was with two of my favorite writers Cynthia Leitich Smith (http://cynthialeitichsmith.blogspot.de/p/cyns-books-for-kids.html) and Ellen Hopkins (http://ellenhopkins.com/YoungAdult/). The topics were How to Handle Difficult Subjects with Ellen Hopkins and Writing Within and Across Identity Elements with Cynthia Leitich Smith.

Cynthia spoke first. She emphasized that “All people are made up of Identity elements (gender, race, orientation, religion, region, socio-economic, family composition, body type, physical and mental disabilities, etc.) Some elements people are born with and others are acquired (disability after an accident, socioeconomic changes, traumatic experiences, etc.)” She suggested writers read 100 books by authors writing in their own voices before trying to represent a character from another identity element, 200 if writing about a protagonist.

Ellen discussed her field research. She rode along with vice police officers when researching her book TRICKS. She read a passage of TRICKS and discussed how she manages difficult situations while maintaining honesty in the text. Two things she avoids is placing judgement on the actions of her characters in her books and self-censoring.

The conference closed with a keynote from Sara Pennypacker. She gave her top ten list of advice for creating art for children. My favorite was to leave room for the reader. She doesn’t write what happens exactly, but writes around it. “Take out a sentence or two. Make the kids put A + C together.” 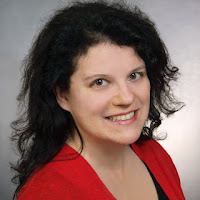 Angela Cerrito serves as SCBWI’s Assistant International Advisor. Her novel, THE SAFEST LIE (Holiday House) has been named one of The Guardian’s Best Children’s Books of 2015, a Notable Social Studies Book for Young Readers, a Jewish Book Award Finalist, a Sydney Taylor Notable Book for Older Readers and SCBWI’s Crystal Kite Award. THE SAFEST LIE is based on her research in Warsaw, Poland, including interviewing Irena Sendler, a mastermind spy and member of the Polish resistance who helped over 2,500 children escape the Warsaw ghetto. This research was made possible with the help of SCBWI’s Kimberly Colen Memorial Grant. Angela’s debut novel, THE END OF THE LINE (Holiday House, 2011) about a boy coming to terms with his role in the death of a friend, received many awards including VOYA’s Top of the Top Shelf. Her one-act play IF THEY COME TONIGHT, based on the life of Irena Sendler, was produced in Texas. She speaks about writing, early literacy and the Warsaw ghetto children rescues at schools, workshops and international festivals.www.angelacerrito.com