I’ve visited New York City only once before, so I was extremely excited to get back there this February for the SCBWI Conference. Mexican Food, devour Reese’s Peanut Butter Cups, sightseeing, book research; all things I planned to do during my six days there.

I was able to do some sightseeing and book research with friend and fellow RA, Elisabeth Norton. We spent an extremely cold day (-17 Celsius windchill) at Liberty Island walking around the grounds, listening to the audio guide until our faces and fingertips froze off. It was worth the trip though, since a major scene in REQUIEM, my YA Contemporary Fantasy book that was shortlisted for Undiscovered Voices2016, takes place there.


The pre-conference intensives started Friday morning. I had signed up for the revision intensive, which was led by bestselling authors Kate Messner, Linda Urban and Gary Schmidt. Despite the room being colder than a guinea pig’s nose, they did a fantastic job of warming us up for the tasks that lay ahead when we approach our own revisions. Kate, the queen of organization, shared some of the ways she approaches including timelines, plotting out mentor texts and even a nifty graph to help us “visualize” our books. Gary, word-smith extraordinaire, spoke on how various uses of tone gives readers multiple meanings, all intended by the author. And Linda, still full of energy at the end of the day, gave a wonderful talk on Point of View, Character and Voice that really pinpointed how all those elements come together.

But the real show started on Saturday. Over 1000 people filled the main ballroom of the Grand Hyatt. After a great welcome from founder Lin Oliver, Academy Award winner William Joyce took the stage. At first I was confused why a filmmaker was talking to a bunch of writers and illustrators, but it soon became clear that writing and illustrating are his passion. One thing he said that struck me was that we should “never do anything that is crummy – only stuff you believe in”.

The Children’s Publishing Panel was made up of some of the biggest names in publishing; Jon Anderson (Simon and Schuster), Jean Feiwel (Feiwel & Friends/Macmillan), Mallory Loehr (Random House/Doubleday/Golden), Andrea Pappenheimer (HarperCollins) and Megan Tingley (Little Bown). All agreed that children’s literature is being looked at as the innovators of publishing. Its success has given publishers more respect and more resources, but of course it also makes it much more competitive: meaning authors and illustrators have to be on “their game” (Jean Feiwel).

After that, the mass of people divided into workshops ranging from illustration sessions with art directors to writing craft sessions with editors or agents. I attended a session with two of my favorite authors, Rainbow Rowell (Eleanor & Park, Fangirl) and Martha Brockenbrough (The Games of Love and Death). It was a lively and fun interview session and due to the musical tone of her prose, I wasn’t surprised to discover how much Rainbow depends on music, even to the point she hums out what she’s writing to herself.

After a hectic lunch at Grand Central Station, we convened again in small groups for another round of workshops. This time I attended editor Alvina Ling’s workshop on plot, a device she described as “character revealed by action”. Which makes complete sense when we take into account that the reason we read is to live in somebody else’s shoes for a spell.

After those workshops the group came together as a whole for a special interview with Rainbow Rowell led by Lin Oliver. And that unfortunately is when my body decided to surrender to the bug it had been fighting and put me into bed for the next two days. I was so disappointed as I’d been looking forward to Sunday’s Acquisitions Panel and Gary Schmidt’s keynote interestingly titled “The Bombers of the Boston Marathon, and the Planes of 9/11 and How Anthony Wished They Would”. But alas, I spent the day shivering and coughing in Brooklyn.

Even though I wasn’t able to participate as much as I’d planned, and missed out on some great talks, I’m still very glad I went. There is nothing like sitting in a room with a thousand other writers and illustrators. Nothing like sitting with strangers during lunch and discovering one of them will soon be moving to Germany and will join our little group here. There is nothing like listening to people who have spent every minute of their work lives producing books and apps and films that children and adults all over the world cherish. And there is nothing like spending a day or two (even if you are hacking up lung every few minutes) and realizing that others find creating books for children just as hard as you do, but also just as fulfilling. 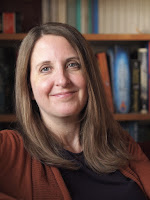 The tenth out of eleven children in a family that took in hundreds of foster kids, Patti Buff found solitude in reading at a young age and hasn’t stopped. She later turned to writing because none of her other siblings had and she needed to stand out in the crowd somehow.


Originally from Minnesota, Patti now lives in disgustingly beautiful Germany with her husband and two teenagers where she’s also the Regional Advisor of SCBWI Germany and Austria. Her YA novel REQUIEM was featured in the SCBWI Undiscovered Voices 2016 anthology. You can follow her #writetip and #pubtip tweets here.