Put the Monkeys in a Jar and Dream Big

Christmas is a ribbon wrapped around an entire year, complete with a beautiful bow on top. For some, this bow brings hope and anticipation for the new year. Others cling to Christmas for fear or sentimentality, dragging their feet in the snow to keep the new year from coming.

But come it does.

With an entire twelve months in front of us. A clean slate. Ready for the filling in of ideas, dreams, hopes, aspirations… a chance to pause and dream.

But sometimes the screaming monkeys drown out my dreaming. Those voices that remind us that we didn’t achieve any of the goals we’d set last year- so why set new ones? You’re just a failure. A fraud. A wannabe with no talent. Anne Lamott says to take those screaming monkeys and put them in a jar. LOCK. THEM. UP. One by one… pick them up by their scraggly little tales and put a lid on ‘em.

Because you deserve to dream.

Let go and believe for a moment, that all of your hopes for this next year are actually possible. And not just possible, but that you will achieve them. Why not?

Words from The Mockingjay recently grabbed my attention.

The rebel government needed some promo videos to prove that the least likely of people (Katniss) could change the world. But whenever they called “Action!” the results were total flops. Haymitch, Katniss’s mentor, called a meeting.

“I want everyone to think of one incident where Katniss Everdeen genuinely moved you. Not where you were jealous of her hairstyle, or her dress went up in flames or she made a halfway decent shot with an arrow. Not when Peeta was making you like her. I want to hear one moment where she made you feel something real… (then people list a bunch of really touching moments)… So, the question is, what do all of these have in common?”

“They were Katniss’s,” says Gale quietly. “No one told her what to do or say.”

Are you following me here? Don’t let people put you on a set and tell you how to perform. I’m going to bet that most of what the children’s literature market finds incredible didn’t come from a scripted equation.

It came from the heart.

So let’s mix up Haymitch’s words about Katniss, and make them about your literary hero (illustrator or writer).

“I want you to think of one incident where (fill in the name of your hero here) genuinely moved you. Not where you were jealous of his/her three-book debut deal, or his/her hour-long book-signing line or the simple fact that his/her book was actually amazing literature and you couldn’t put it down. Not when Tara Lazar’s Picture Book Idea Month was making you like him/her. I want to hear one moment where he/she made you feel something real…”

What was that moment?

Move people to feel something real. And realize that it probably won’t come from how great your twitter profile sounds or what you wear to a regional conference.

Maybe you created a fabulous website, or bought a Pride and Prejudice Book Scarf (these are really cool, folks) or wrote a halfway decent manuscript. Maybe you won a contest that gave you some PR.

But when did you make someone feel something real?

I know when I listen to some of you talk about the stories you are working on… there’s a light in your eyes. You beam. That moves me.

When I hear or see you encourage a fellow artist… applaud their success while you still long for your own, or give of your time and energy to help another along… there’s a dazzle.

When you put your “baby” out there and you show your illustrations or first drafts… and I see you in them. Your passion. Your talent. Your unique bent in the world. I’m encouraged that my uniqueness has a place too… and I can also be brave to share it.

Put the screaming monkeys in the jar and screw the lid on tightly.

Then dream. Decide what this next year will hold for you and aim for the moon.

And don’t let anyone dictate how the journey of 2014 will look. Throw yourself out there in all your excitement and passion and see what happens. Or, as Haymitch said of Katniss, “Put her out in the field and just keep the cameras rolling.” That’s when the magic will happen. 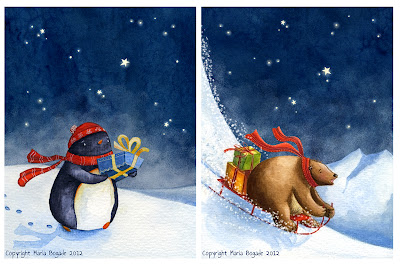